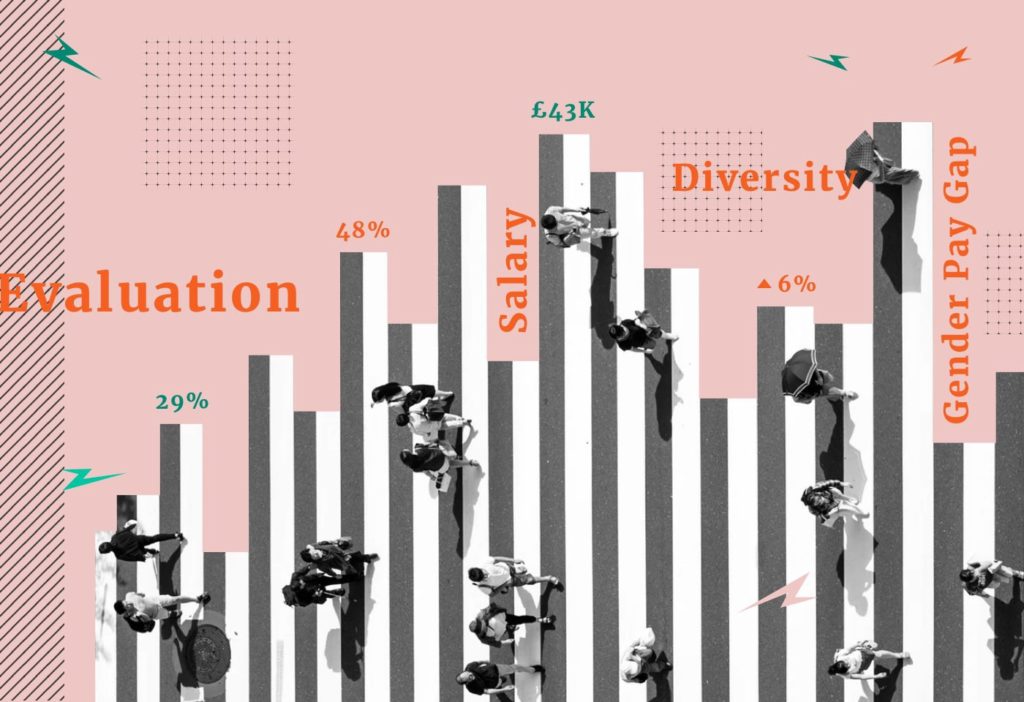 In the age of digital turmoil and transformation, we’re always excited to find out how the PR world is morphing with the times and to get a better understanding of where the industry is at.

Earlier this month, the PRCA released its annual census and it shares a few home truths that have really got our brains ticking.

The census received 1,236 responses from people in the UK who were working in a communications or PR role between January and March 2019.

There were four main areas of research within the report: mental health, work-life balance, diversity, and wages, most of which were continued on from last year’s research to determine whether anything at all has changed.

According to Francis Ingham, the Director General of the PRCA, “the industry’s growth is relentless”.

And we all know that growth goes hand in hand with pesky growing pains. While we were reading through the report, we had a moment of realisation (the light bulb well and truly lit up) which we’ll dig into further down.

For now, let’s run a quick recap on the report so we can all get on the same page.

Mental Health in the PR World

The consensus shows that 32% of PRs suffered from or were diagnosed with ill mental health in the past year.

If this number seems a little on the large side, you’re not wrong.

The result is higher than the average for the general population, which is estimated to be around 25% of people in the UK each year.

However, we have nothing to compare the PRCA result to as this was the first year the report touched on mental health — and, not surprisingly, the praise poured in for the PRCA for tapping into the subject.

Work-Life Balance in the PR World

It’s not just the mental health of PRs that seems to be spiralling; the report showed that work-life balance has really taken a pummelling.

Wages in the PR World

PR wages are also on the decline, with the average salary in the industry seeing a 7% drop on last year’s results, and agency salary averages dropping by 8%.

That being said, 59% of PRs have received a pay rise in the last year. However, pay rises have decreased from 7% to 6%.

So What’s the Solution?

If we take everything the census shares at face value, we can summarise that PRs have bad mental health, are working too much, and aren’t getting paid as much as they used to be.

So, despite the industry seeing “relentless growth”, it seems to be stagnating in some areas.

Francis Ingham says: “In too many areas, we are not making progress. There has essentially been no movement on diversity. Mental health is a huge issue, made all the worse by often crushingly long hours. And incomes have declined for agency practitioners, in-house ones, and freelancers alike.”

He goes onto say that “for years now, talent has been the number one headache for PR leaders. Declining salary levels will only compound this. Our long-standing belief is that evaluation is the answer to this problem. Until we can prove the value that we bring, we will not be able to charge the price that we should, and so to pay people the amount that they deserve.”

Evaluation is the answer to the problem.

This was the exact realisation we had when reading through the report, and the results compound this.

26% of PRs don’t use any PR evaluation metrics (a number that has dropped significantly in the last year), and it’s in-house employees that are less likely to use evaluation metrics (29% compared to 28% of freelancers and 24% of agency professionals).

It seems that PRs aren’t evaluating their work properly or are not using good enough metrics (16% rely on impressions as a key measurement for their coverage), which doesn’t sit well with some professionals:

The industry has rightly turned its back on AVEs and there has been a 7% decline in professionals using this metric over the last year. As a result, PRs are struggling to find alternative ways to measure their coverage (we’ve got a whole series on alternative ways to put a price on your coverage to help get the ball rolling)

Obviously this has a knock-on effect.

The results suggest that, because people aren’t evaluating their work, they are having to work longer and therefore aren’t being paid fairly for the hours they put in.

This is why evaluation is key.

If we can prove the value of our work better, we wouldn’t have to work so many hours for diminishing pay. And, as a result, we’re willing to bet that mental health would start to improve, too.

We’re not saying that evaluation is the answer for all the problems and struggles PRs face, but it can certainly help. We’ve got first hand proof that the industry has issues with ill mental health, declining wages, and a skewed work-life balance, all of which could improve if PRs used the right metrics (or really any metrics at all) to measure their work.

Either way, we’ll be eagerly awaiting the next census to see if any of these areas have got better and, more importantly, what has helped them get better.

There is an event in Cardiff on May 21st that will announce and discuss the results of the census — find out more here.