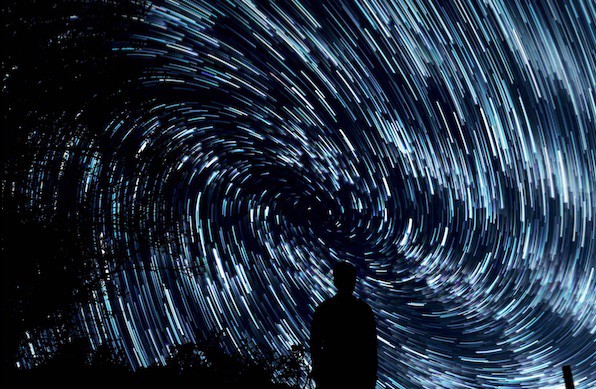 When the story originally broke in March and April this year, a lot of blame was pointed at Facebook’s data breach along with a focus on the other tech giants (Google, Amazon, and Apple) and the data they collect.

There was a realisation from many that read the articles, that they had been targeted based on their social media activity.

They did, Cambridge Analytica gained detailed profiles of people in the UK and the US through personality quizzes and other sources on Facebook.

Although it’s good to see people take interest and some action, I often had to say ‘you do realise that doesn’t stop you being tracked and targeted by organisations, don’t you? Your data is in circulation’.

It’s a strange feeling when you watch the people you care about opening a pandora’s box of knowledge in your world of data, targeting, marketing, and technology.

Over my 17 years in PR, SEO, digital marketing and now software services I’ve picked up a lot of knowledge in digital communications.

What’s technically possible, what could be possible and when the ‘could’ is going to be possible. There is always a way to do something. That’s innovation.

What ‘The Great Hack’ documentary demonstrates to us is how scary innovation can be when it’s being used for the wrong cause.

We’re moving at a faster rate of development than ever before. Even new laws introduced to protect us are already technically out of date.

So, at this stage who is there to protects us?

I ask us to stop and look at ourselves, the PR industry.

In the 17 years I’ve been in Public Relations we have massively developed technically.

Never before have we understood our target audiences so clearly, communicated to them so precisely or measured our work so realistically.

The PESO (paid, earned, shared & owned) media strategy is now the norm in PR campaigns. We understand the relationship between SEO (search engine optimisation) and PR and we’re using paid ads in our comms plans.

Through this technological transformation did we expect an agency like Cambridge Analytica to be the result?

I have to be honest with you. Yes.

They described themselves as the world’s leading data-driven communications agency. If I had seen their set-up of data-scientists, strategists and paid and earned comms practitioners all working together I would have said that’s an innovative agency and I want to find out more.

What I would have then found out was that their innovation was imbalanced with their organisational ethics. And the leaders lacked integrity.

That’s the core issue for me.

It’s not where we or the tech giants are at with technology, data or communication techniques it’s our ethics.

Hell, I’ve been teaching the PR industry about digital marketing through training, talks, my writing, my podcast and lectures for the last seven years. I have to believe in using data to communicate to an audience with a targeted message. But I do it with integrity.

Websites, tools, social and communication platforms (giant or small) will continue to develop, build and collect data wherever possible.

The PR industry will (and should) continue to fully understand the developments, how to work with them and innovate themselves where possible.

So what’s going to change? How do we sort out this shit-storm?

There needs to be as much focus on ethics and integrity as there is on innovation in marketing.

It’s easy to say, that as an agency you have a moral code or group ethics. But they will be on varying levels across an organisation.

I used to be on the management team of a very democratic digital marketing agency where we would openly discuss the decision of working with brands with the whole agency before taking them on.

I sometimes thought to myself this is ‘democracy gone mad’ but often those debates opened my eyes to areas of the potential-clients business I was unaware of or hadn’t seen in the same light as others. It was a good exercise.

If your agency is successful, you’re about to promote that organisation to the rest of the world. Your team has to believe in it.

Ethics should also be discussed regularly, not just when a new client might be signed but as innovation happens or new techniques are developed. If the discussion is not raised regularly, organisational integrity can be lost.

In 2013 I had a meeting with a high-profile celebrity agent in the US about SEO-PR digital reputation.

The strategy itself was so smart. I was proud of the innovation. However, the ethics of that service for that particular client were wrong.

My colleague and I walked out of that meeting after being offered a very large amount of money to minimise negative stories about the agent’s celebrity clientele in Google search results. We turned to each other and asked ‘does this make life better?’ (which was our agency core value) the answer was no. That decision was quick and we moved on.

We all have a responsibility. Be more curious than ever.

It’s not just the organisation objective or cause that needs to be considered. There are now so many parts to communications strategies where ethics needs to be discussed and agreed.

From insight to activation through to measurement there are multiple stages, multiple data points, and potentially many skill-sets involved. We can’t just agree on the cause we have to all be happy in how the insights are gained, how the influencers are found, how the audience is targeted and where the measurement data comes from.

In the Trump campaign example, we heard data scientist Christopher Wylie explain how he went about finding personality data on a large enough example set to represent the USA. He got advice from university professors, this was his part of the campaign.

Chris’ work has been called out as one of the main ‘evil’ parts of the campaign.

However, it’s not just his responsibility to be happy with the ethics of the process and source of data. It’s just as much the responsibility of the strategy lead, the ad manager, the PR, and the measurement team too. Even if they don’t come up with it, they should be aware.

Do you know every data-source of your campaigns and clients?

It’s very unlikely your insight and measurement providers mine the data you use and buy themselves. Ask the questions of where and how. There is at least one major PR tech company that provides data from a questionable source I’m aware of and it isn’t clear to users.

If you’re a CoverageBook or AnswerThePublic user you may well know we gain data from external sources (find them here). You should know about them and be happy in your process.

We all have a responsibility no matter what your role is. Just attending a PR conference about big data isn’t enough. Go outside of the PR industry learn about data from other areas of marketing. Know what you’re dealing with. Ask questions to your team, clients, managers, and providers.

Once you have the information the big challenge is agreeing what exactly is ethical and setting moral standards that everyone understands and can live by.

The case of Cambridge Analytica now is obviously unethical on many levels but there were times for people in that business when it wasn’t clear and they believed in what they were doing. What happens when the topic is more subjective?

How have you tackled ethics and set moral principles in your organisation?

If we as an industry can help one another and talk about always talk about integrity alongside innovation then maybe we can look to a slightly brighter future.

Author of 'PRs Digital Resolution’, host of The Resolution Podcast & director at CoverageBook