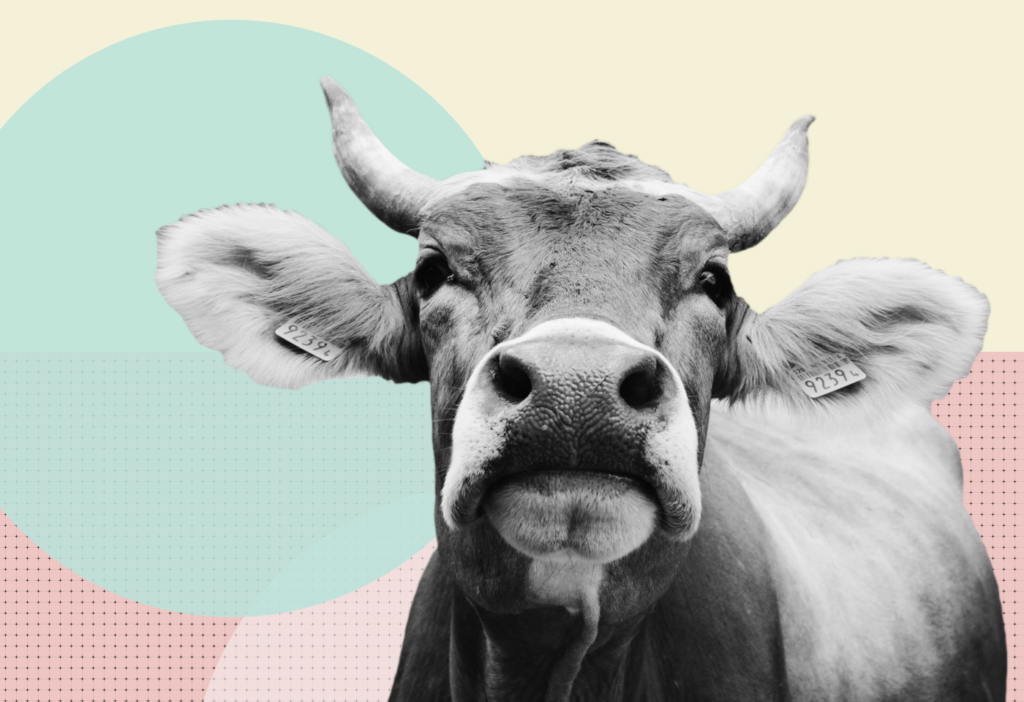 Marketing in the Business to Business (B2B) world is a completely different beast to that in the consumer industry.

B2Bs are faced with marketing products to their audience’s “work” personas and gain company buy in. This means their targets are often business press and they have to show how knowledgeable and trustworthy they are rather than being able to be quirky or cheeky.

As a result, campaigns are often dry, serious, and — well — just a bit boring.

But this is changing.

We were inspired to write this post after hearing about Hectare’s brilliant B2B Tinder for cows campaign mentioned in our recent podcast.

Off the back of this, we’ve put together some of the most inspiring B2B campaigns from the last two years to show you just how diverse PR and communications can be in this sector.

It all started with an ad.

Amazon were on the hunt for a home for their second HQ, and they had their eyes set on Little Rock, Arkansas.

But in an incredibly public display of rejection, Little Rock Regional Chamber, the company in charge of the city’s economic growth, admitted “it’s not you, it’s us” in a one-page ad disguised as a tongue-in-cheek breakup letter with the ecommerce giant.

Featured in the Washington Post (which, ironically, is owned by Amazon CEO Jeff Bezos), the letter has since been dubbed “Love, Little Rock” and has secured almost 1,000 pieces of coverage.

The campaign worked as a push towards highlighting the benefits of Little Rock’s workforce, its blossoming business climate, and the high quality of life its residents enjoyed.

The agency that worked with the Little Rock Regional Chamber, Stone Ward, bought the ad in The Washington Post and sprinkled some cash into targeted online ads. In total, less than $80,000 was spent on ads.

If your campaign is creative enough, you can set things in motion with just one ad. If that starts to snowball with views and engagement, you can leverage its exposure by putting money towards paid ads to increase and maximise its reach.

We’re all familiar with the London underground map.

StoreKit, a startup that sells point of sale software to pubs, tapped into this familiarity with their version of the underground map.

They brought together two things British people have a fondness for — beer and saving money. The “Pint Map” had no outside budget and just one person on the content team, but it managed to get 690,000 views and secured coverage from some of the UK’s biggest news sites, including the London Evening Standard, Londonist, and Time Out.

The campaign was built around a redesign of the iconic tube map. But, instead of being annotated with the underground stations, it highlighted the cheapest pint in the closest pub to every tube station.

The clever part here is that part of the methodology involved StoreKit reaching out to hundreds of pubs in London (263 in total). This put them on the radar of the owners, their target audience. Then the expansive coverage in consumer news sites put their brand in front of thousands of people — including pub owners and boosted StoreKit’s site authority. This combination helped them skyrocket their brand overnight.

StoreKit were able to engage their key audience in the creation of the map, so they already had their attention when the story was covered by consumer press.

3. Made In, Made For Vancouver

Facebook recently held an event for small marketers in Vancouver. Playing off of it’s Made In, Made For New York event, Facebook aimed to work alongside the chosen marketers to help bring to life engaging advertising campaigns.

Dubbed a one-day hackathon by the mega-social network, the event accommodated 22 creatives from ad agencies around the city and worked with them to brainstorm, develop, and produce campaigns designed specifically for Facebook and Instagram.

The day resulted in 27 creative assets from the agencies that attended, and a better understanding of Facebook ads all around.

Look at the outputs or the goals of the businesses you are promoting to. In this example, Facebook spoke to businesses by helping them talk to their customers. Remember that every business has its own set of customers, so look beyond who you are targeting and focus on what they’re trying to achieve for their customer.

Back in 2018, GDPR was everywhere. Businesses around the world were clamouring to make their opt-ins legal in line with Europe’s new consent laws, and it felt like a day didn’t go by without receiving another GDPR-related email.

Here’s the thing: GDPR is an inherently dry and complicated topic, and most businesses approached it in that way.

Brands sent out boring email after boring email in the hopes that their European audience wouldn’t desert them.

And then PathFactory showed us that dry topics don’t have to equal dry campaigns. Their approach riffed off the Star Wars film release at the time to tie in with current trends and to provide a fresh angle to the GDPR malarkey.

The aim wasn’t just to ask their subscribers to opt-in to future emails, PathFactory actively wanted to give them a reason to. The quirky copy that played off the Star Wars narrative tapped into the “good guys versus bad guys” mentality of the franchise with an eye-catching design to go with it.

As a result, the email performed 241% better than similar PathFactory email campaigns and turned into a PR opportunity as they received a lot of love from the brand’s audience all across social media.

PathFactory used pop culture and storytelling to make GDPR relevant and fun for their audience.

By laying out their email in a story format and encouraging subscribers to determine how it ended (either by choosing to opt-in or not), they created an engaging campaign that not only kept them their European audience, but also managed to make waves online.

Online storage brand Dropbox wanted to reach a new audience of marketers in Europe, the Middle East and Africa, but they knew this would be a difficult target to crack.

Having never targeted marketers before, and knowing that this audience segment was notoriously hard to impress, Dropbox knew they had to create a campaign that was incredibly engaging and insightful.

And so Marketing Dynamix was born.

An assessment tool sat at the centre of the campaign, which helped marketers to identify and understand different personality traits within their team with the purpose of improving internal communication.

Once marketers had completed the assessment, they received a personalised 20-page ebook that gave advice on their strengths, weaknesses, and preferred working style.

The tool was hosted on a dedicated microsite and was surrounded by relevant visual content and prompts to share. To get the campaign in front of the right people, Pulse put together a distribution strategy that incorporated social media, display media, content syndication, email marketing, and video.

They leveraged the power of YouTube, LinkedIn, Facebook, Twitter, and — for the first time in an EMEA B2B marketing campaign — Snapchat (which resulted in 1.4 million impressions and 16,000 clicks).

Key Takeaway — Don’t Be Afraid to Build on B2C Ideas

The interactive and sharing elements of the campaign are things we often see in the B2C world. However, Dropbox used what had worked for them in their consuming-facing marketing to attract a new audience in the B2B sector.

Of course this campaign needs attention as it was what inspired this whole piece in the first place.

In our latest podcast, we spoke with Doug Bairner, CEO of Hectare, and Jon Lonsdale, PR lead at Octopus Group, about their campaign that instantly captured media attention.

Tudder (or Tinder for cows, as the duo affectionately describe it) was born out of a need to raise the profile of Hectare’s SellMyLivestock platform. The platform lets farmers find and trade breeding animals online, helping users reduce costs and emissions spent travelling long distances to collect livestock.

The aim wasn’t just to get more users on the platform; Hectare also wanted to show the general public that technology plays a major part in modern farming, an industry that’s often considered to still be in the dark ages.

Doug and Jon came up with a dating app idea for bovines that allowed farmers to swipe left or right on profiles of real-life cows and bulls.

Matches were accompanied with a moo-ing sound and a link to SellMyLivestock, where the farmer could get more information on their match. The campaign also included farm photoshoots to get that perfect profile pic, Valentine’s cards sent to journalists, and a fun video explaining how to use Tudder.

It resulted in 1,037 global print media mentions and it was featured in more than 30 global broadcast segments.

Features ran in outlets like The Guardian and the New York Post, and coverage was featured on FOX24 News, CNN, and James Corden’s The Late Late Show, amongst others.

Like the Pint Map, this campaign played on an already-familiar concept.

They turned what could be a potentially dull topic into something fun and humorous — something that a lot of B2B brands struggle to do.

Entertainment is the name of the game, and the lighthearted nature of the campaign played a huge part in getting it featured in so many places.

B2B Campaigns Can (and Should Be!) Fun

As you can see, B2B campaigns don’t have to be as dry as the desert. Instead, you can pick out the most exciting parts of your business and run with them — there’s no limit to how creative you can be.

We only have to look at the examples here to know that anything is possible when it comes to PR. And, in many ways, the more outlandish the campaign, the better — but only if it’s relevant to your brand and resonates with your audience.

If you want to take inspiration from these campaigns and run with it, here’s a quick guide to the key takeaways: